Get a Free IVF Quote or Make an appointment

Step by Step IVF in Mexico

Patients outside of Mexico

How much does IVF cost?

This complementary to in Vitro fecundation technique consists in the creation of a small hole in the protein cape that covers the embryo (Zona Pellucida) to make the uterus’ implantation easier. This technique is performed previous to implantation.

When is it necessary 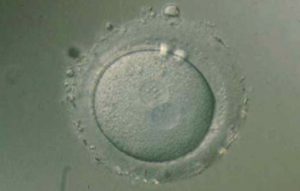 Zona Pellucida’s function is to protect the ovule and then the embryo, in their path through the Fallopian Tubes to the Uterus and allow the embryo to keep its cells together during this development phase which is when they are more weakly attached. After fecundation has taken place, embryo cells have organized and their volume has increased, this the when the embryo cover is released in a natural way (hatching) allowing implantation in the mother’s uterus.

This natural process has been detected to alter when the woman presents an important amount of ovules with an abnormally resistant Zona Pellucida, this phenomena is produced due to the expected aging of the woman’s eggs, causing a natural Zona Pellucida’s hardening.

When Assisted Hatching is recommended?

This procedure is used mainly when the next infertility factors are present:

Save money in your treatment and ask for a free quote today!
Get a free IVF quote or make an appointment
Contact Us

Certification in Medical Tourism in Assisted Reproduction The importance of the recognition, accreditation and certification